All Better Now for Stocks?

This week I will be initiating a new feature called Financial Link. This feature will bring fresh outlooks on the stock market through selected articles from Seeking Alpha. Seeking Alpha is a platform for investment research, with broad coverage of stocks, asset classes, ETFs and investment strategy. In contrast to other equity research platforms, insight is provided by investors and industry experts rather than analysis from brokerage houses. I would highly recommend Seeking Alpha for all of you who Go Beyond Brokers. 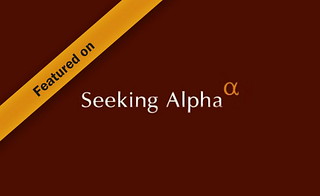 Last week I wrote that “the stock market has just broke out to a new highs, but, that it appears to be ready for a correction.” The Chinese put a little gas on the fire by announcing a quantitative easing program of their own.

Let’s take a look at Mr. Parnells take on the Chinese stimulus and what the markets appear to be saying.

1. The S&P 500 Index exploded higher on the news of China central bank stimulus.
2. Such a decisive reversal might understandably lead one to conclude that all is once again right with the U.S. stock market.
3. But one does not have to look far under the surface to find evidence to the contrary.

“I feel much better now. Except that I don’t. After having drifted lower since the beginning of the month, the U.S. stock market as measured by the S&P 500 Index suddenly exploded higher on Tuesday……… In the process, the S&P 500 not only broke decisively above its recent downward trading channel but also nearly set a new all-time intraday high. Such a decisive reversal might understandably lead one to conclude that all is once again right with the U.S. stock market. But one does not have to look far under the surface to find evidence to the contrary.” 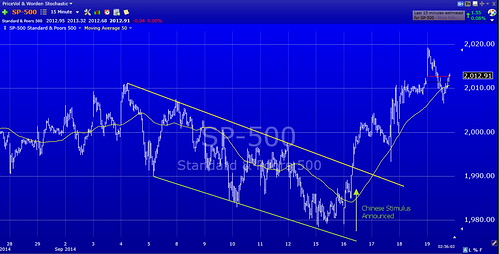 “First, let’s consider the key reason why the U.S. stock market suddenly rediscovered its verve on Tuesday. The primary catalyst was news out of China that its central bank was injecting $81 billion into the five largest banks in the country in response to signs of slowing growth in the world’s second largest economy.

OK. I understand that U.S. stocks have been addicted to monetary stimulus for years now, so the mere mention of QE happening anywhere around the world is enough to put a hop in the step of the market. But is targeted lending in the form of three month low interest rate loans for the purpose of stemming the weakness in Chinese public housing and small businesses really something for stock investors to get so suddenly excited about? Perhaps. But in order to better answer this question, it is worthwhile to see how many of the other important global stock market indicators reacted to the news. 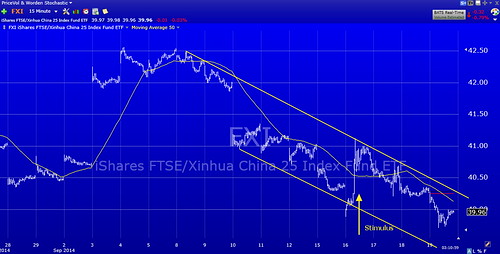 “So let me get this straight. The QE stimulus that is happening in China is not sustainably positive for Chinese stocks, but it’s good for U.S. stocks? Highly questionable indeed. But this might be explained away by the fact that China has been stimulating aggressively for years and Chinese stocks have collectively shrugged all along. With this in mind, it is worthwhile to see if other global stock markets joined the U.S. in having a more positive response.

For emerging market stocks (NYSEARCA:EEM) as a whole, the response was equally subdued. After hitting the top end of their recent trading channel, the rally in emerging market stocks stalled and have grinded lower in the trading hours since, effectively surrendering all stimulus announcement gains. Of course, China does make up a meaningful percentage of the emerging market stock index at 18%, so perhaps a better answer lies elsewhere.” 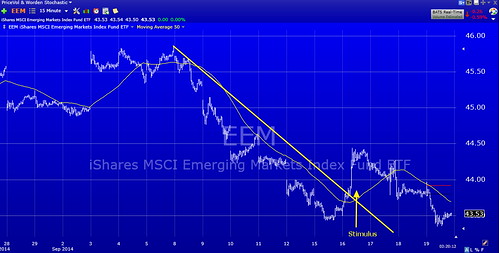 “Developed international stocks (NYSEARCA:EFA) did initially break out of their downward sloping trading channel on the news, but the gains did not last long. After immediately striking a recent intraday high, the MSCI EAFE Index increasingly fell back and by the middle of the trading day on Wednesday they had returned back inside of their previous downward sloping trading channel. While developed international stocks joined the U.S. market with a post Fed spike on Wednesday afternoon, the bounce was short lived and by the close they had fallen all the way back to pre China stimulus announcement levels.” 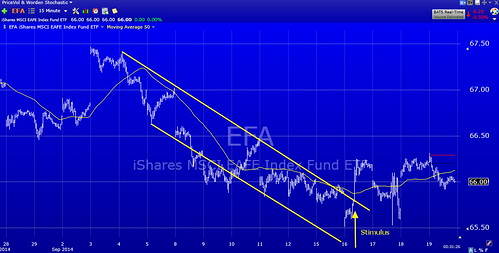 U.S. small cap stocks (NYSEARCA:IWM), which have been struggling all year, were not able to join their large cap brethren in breaking out decisively from its recent downward sloping trading channel.” 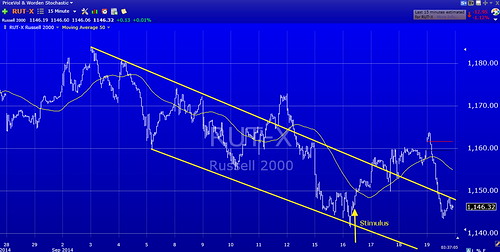 “The same can be said for more closely related U.S. mid cap stocks (NYSEARCA:MDY), as they also failed to decisively breakout from their recent downtrend.” 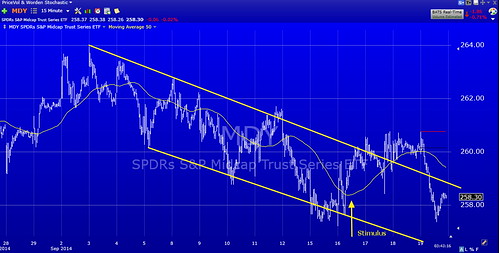 “Taking all of this one step further, what is also notable about the recent advance in U.S. large cap stocks is that it is being led by the small group of the very largest stocks in the market. This is evidenced by the recent price action in the Dow Jones Industrial Average (NYSEARCA:DIA), which is the one major index that managed to definitively set new all-time intraday highs during the China stimulus announcement fueled rally.” 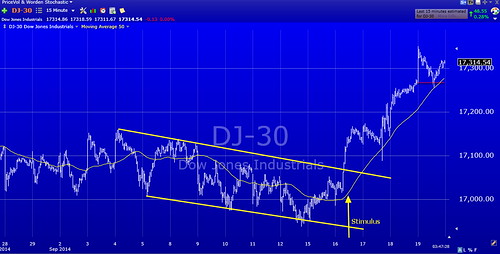 “Putting this altogether, we are left with the following. It is either the select group of U.S. large cap stocks by their lonesome that are right in their recent move, or it is virtually every other major global stock category including the country itself in China where the stimulus originated in the first place that is right instead. In these unprecedented markets that we continue to operate, anything is possible. If nothing else, just be careful out there.”

“Just be careful out there” – Very well put!