It’s been close to six years since the Federal Reserve began its unprecedented experiment with monetary policy and nearly every asset class is starting to look overvalued. So, how did we get here? 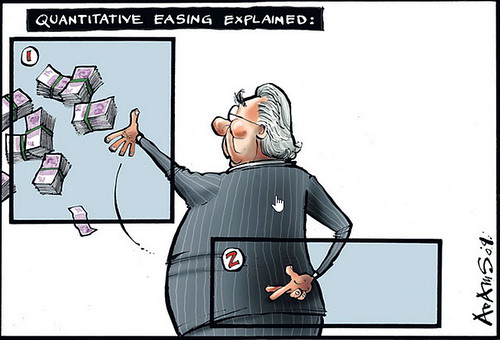 The Federal Reserve was facing the threat of a serious depression so they began a new monetary policy called Quantitative Easing. The easing began in November of 2008, and there was no coincidence that the stock market began to warm up about that time. The Fed has printed roughly 4 trillion dollars since the beginning of quantitative easing. The idea was to bring interest rates down and the Fed did this by actually controlling the markets. They basically took over the Treasury market with its massive purchases and drove rates way down.

The strategy was put in place, in part, to help rescue the real estate markets. Since a large percentage of the economy is driven by the real estate markets something needed to be done to take real estate off of life support. By lowering rates they would be encouraging homeowners to refinance and investors to buy down the large number of foreclosed homes on the market.

The Fed also wanted to support the stock market. When investors were shut out of the Treasury market by the Fed investors turned to the stock market. Corporations started issuing corporate debt at very low rates and forgoing stock issuance. Corporations have been buying back stock rather than issuing stock and Central Banks have been purchasing stocks as well. (Central banks, guardians of the world’s $11 trillion in foreign-exchange reserves, have been buying stocks in record amounts as falling bond yields push even risk adverse investors toward equities.) 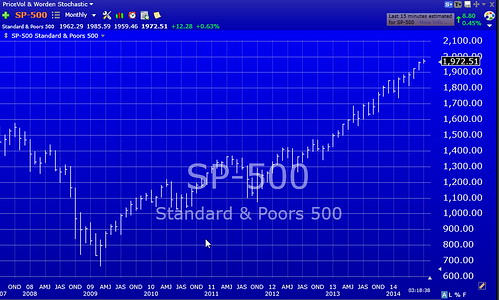 Economist Anthony Randazzo of the Reason Foundation wrote that Quantitative Easing “is fundamentally a regressive redistribution program that has been boosting wealth for those already engaged in the financial sector or those who already own homes, but passing little along to the rest of the economy. It is a primary driver of income inequality.”

The actions of the Fed have left few bargains behind. However, there is one asset class that still looks cheap and that is volatility. The volatility index (“VIX”) is an index which measures expectations of volatility, or fluctuations in price, of the S&P 500 index. Higher values for the volatility index indicate that investors expect the value of the S&P 500 to fluctuate wildly in the next 30 days. The index, commonly known by its ticker VIX, is also known as the “fear index” because a high VIX represents uncertainty about future prices.

Are investors getting too complacent? Fed policy has been creating a number of asset bubbles and that is worrisome. Investors also appear to be ignoring rising geopolitical risk, including recent events in Iraq.

The Volatility Index might be a good place for investors looking to protect their portfolios against an unexpected correction.

Another undervalued asset worth looking at is gold. You can read my recent post by clicking here.