Bubble on the Horizon?

Occasionally, you find someone who appears to have special insights about the stock market. Gary Savage, writes a blog called “The Smart Money Tracker” and his track record has been very good. He is also involved in the commodities markets and while my posts appear to be quite technical, Gary’s usually are more so.

This last weekend he wrote an article that is very relevant to what is now happening in the stock market.

Here is what he is saying:

“A week or so ago I noted that we were at risk of triggering a bubble phase in stocks if prices came roaring back very quickly from this intermediate correction. Similar to how prices rebounded almost instantly from the 1998 four year cycle low. That convinced the market that there was no real risk and that the Greenspan put was in place. What followed as investors piled into the stock market believing it to be “a sure thing” is now history.” 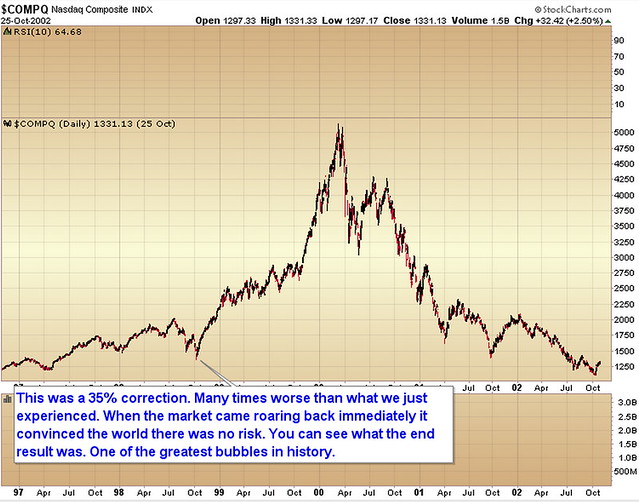 “I think we maybe onto that same path now. Stocks have come roaring out of the intermediate bottom at a pace not seen since the 2009 bear market bottom. I’m of the opinion that the market is getting some help along the way……….the Fed will want stocks at or near their all time highs so they have cover for the last taper next week.

So here we are again. The Fed and the stock market are telling investors there is no real risk. The Fed has your back, and if any correction were to go “too far” to the downside well then the Fed will just start another and even bigger QE campaign.

So in my opinion we are possibly at the potential flash point where a parabolic bubble phase could begin. The last one was driven by the belief that tech stocks really didn’t need any earnings to be valued at completely irrational levels. This time it’s the belief that the Fed is omnipotent and as such the market really can’t ever fall again.”

I stated last week that the markets needs to make a new high and then test those new highs before I would give a green light. If Gary is correct and this does happen then it is essential that you have a plan in place to protect your assets!

“Both of those assumptions were, and will be wrong. If the Fed allows the market to begin a parabolic rise then it will crash just like every parabola in history has crashed, and there will be nothing they can do to prevent it, just like they were unable to prevent the tech bubble from imploding in 2000, or the housing bubble from imploding in 2006. 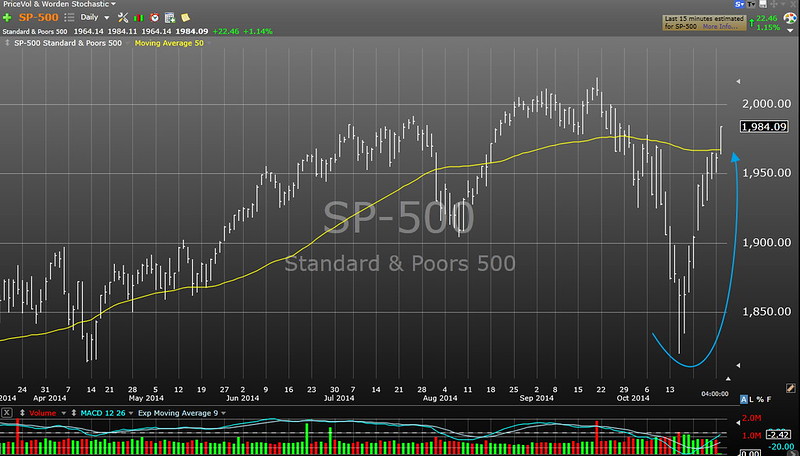 This is one of the most powerful “week one” rallies out of an intermediate bottom I’ve ever seen……..Every attempt to call a corrective move has been squashed and shorts are getting killed over and over. We have at least 7-10 days before we enter the timing band for a half cycle low so I’m expecting this to continue at least into the elections before we get anything resembling a correction. And if this is the start of the bubble phase then we may not get half cycle corrections. This could just morph into a runaway move through year end and maybe well into next year.”

Looking at sentiment can be useful, markets rarely do what the crowd expects it to.

“And even for those hard core bears who believe we have started a bear market (I don’t know how anyone could still think that after seeing the weekly chart above, it’s going to take at least 3-5 more weeks before sentiment reaches extreme levels capable of turning the market back down.

If we are starting a final bubble phase then extreme sentiment will become meaningless also.

As we have come this far this fast, I really doubt we are going to get much of a pullback until the S&P at least tests the recent high. So I’m of the opinion that this will just continue for another couple of weeks until the S&P reaches 2020. Then we may get some kind of corrective move, but considering how early it is an intermediate cycle I have to think the odds are high that the market easily breaks through that resistance.” 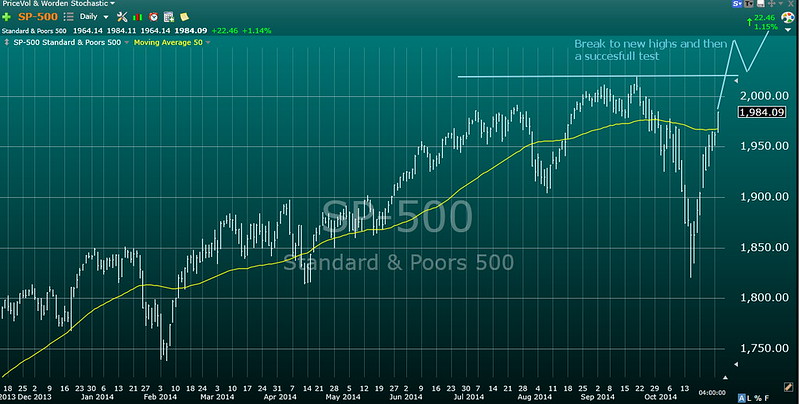