A recent study found that most people are do-it-yourself investors when it comes to managing their retirement savings. The number of do-it-yourself investors is roughly two-thirds and of those about half do not take an active role in managing their accounts. I’ve always found it strange that some people spend more time planning their vacations than watching over their retirement funds. There could be a number of reasons for people not actively managing their accounts. The foremost reason is that most people don’t understand the markets and who could argue with that.

How is it possible to actively manage your portfolio when the markets keep on going from boom to bust. First it was the Internet boom that peaked in 2000 then the Real Estate boom that peaked in 2007 and now we have the Fed boom. Many investors got spooked by the threat of a depression during the last financial crisis and threw in the towel. The S & P 500 went from 1549 in October of 2007 and hit 666 in March of 2009, losing 57% of its value.

If you actively manage your portfolios you need to pin this on your wall: 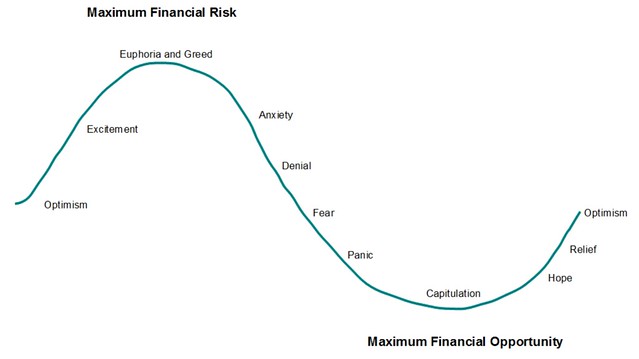 With the threat of a serious depression on the horizon the Federal Reserve stepped in with what they called Quantitative Easing. The easing began in November of 2008, the idea was to bring interest rates down and the Fed did this by actually controlling the markets. They basically took over the Treasury market with its massive purchases and drove rates way down.

The strategy was to help out the real estate markets and fire up the stock market. A large percentage of the economy is driven by the real estate markets and something needed to be done to take real estate off of life support. By lowering rates the Fed was encouraging homeowners to refinance and investors to buy down the large number of foreclosed homes on the market. When investors were shut out of the Treasury market by the Fed they turned to the stock market. Corporations started issuing corporate debt at very low rates and by foregoing stock issuance they created a shortage of stock and with the demand for stocks increasing…….. Well you get the idea? 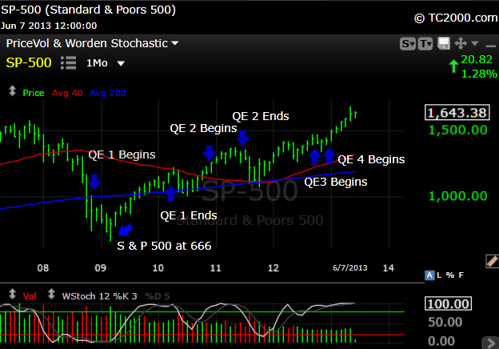 The Fed had manipulated the markets and a recovery was on its way. I don’t believe that anyone believed that what the Fed had done would be such a success for investors, homeowners, corporations and the like. The Fed knew what they are doing was unproven and dangerous. The risks of inflation and higher interest rates are almost a certainty, the question is when. So why? They were scared and they had no other options. They didn’t let the markets take care of themselves they took control of the markets. This is the Fed’s Stock Market!

How does the normal investor understand the implications of such policy moves?

How does he know if the ongoing bull market is sustainable? 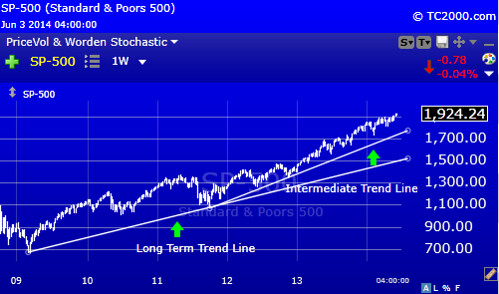 By most measures this bull market appears to be running out of gas. You can just look at the markets performance over the last couple of months, it appears to be losing steam, yet it is hitting new highs.

A recent article on CNBC recalled a comment by Mohamed El-Erian, the former CEO PIMCO funds, saying 5 years ago that we would be experiencing a “new normal.” The new normal would be defined as a period of slow growth with lower returns on stocks.

He was right on the first part. We have seen really slow growth yet the markets has been doing extremely well. Now some are saying that the age of the ‘new normal’ is over.

New orders for factory goods have increase for the third consecutive month and it has gotten the attention of some investment managers. “I don’t think investors have even begun to appreciate this better economic news,” said Don Luskin, chief investment officer at Trend Macro, pointing to better-than-expected new factory orders and auto sales reports released Tuesday. “The stock market has it right by being at new all-time highs….”

So, the question is? Will the markets go higher or have the markets discounted the future?

Very confusing, it appears as though everyone has a different opinion. Many of the top investment advisors have been calling for a substantial correction in the markets yet none has developed. Should you rely on your financial advisor or should you seriously consider do-it-yourself active management.

There are tools available to help you with your active management. We will be looking to the past and giving you some techniques in the coming weeks. Stay tuned!

Be Your Own Broker and Go Beyond Brokers will help you get there.