On May 23, 2013, I wrote my first post for Go Beyond Brokers. You’ll find that while I was somewhat pessimistic about the prospects for the stock market I kept alluding to the fact that this is the Fed’s Stock Market, and that it is not good to fight the Fed. My writing continued until October of 2013 and then went silent. 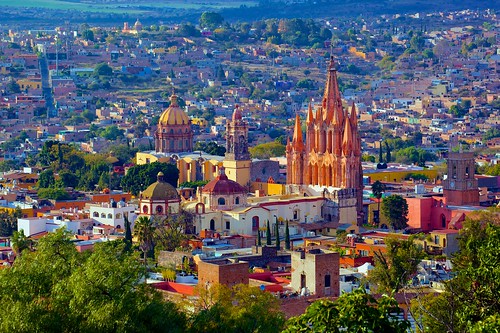 In November of 2013 I began planning my next move during retirement, a move that would take me from the beautiful beaches of Ambergris Caye in Belize to the Desert Mountains of San Miguel de Allende in Mexico.

I have taken some excerpts from the posts that I did over the first five months to give you an idea of my thoughts during this time-frame. In Go Beyond Brokers you’ll find a number of articles describing technical analysis, much of which provides an important foundation for analyzing both the stock markets and individual stocks. It is my plan to once again venture forth with my thoughts and opinions of the stock market.

You can click on the By Mark to read the posts:

“Now comes the hard part, trying to identify the nature of the correction that we will go through if in fact there is going to be one. The point and figure count at the 1565 level gives a price objective of 1705 to 1730 and the S & P 500 reached roughly 1690. This move took us to the top of the long term trend channel that has been in effect since 2009. One would reasonably think that a move to the bottom of that trend channel would be a healthy 9% correction or so.”

“Problem is that the markets have not built much of a cause for such a move. The point and figure chart at the top of the graph gives an objective of 1565 to 1585 on the downside. A correction to that level would not be very serious.”

“Microsoft develops a trading range between 23 and 26. There is a point and figure count of 21 (7 x 3) at the 24 point level, which projects out to a price objective of 44. I now need to create a trend line and a stop order to protect my investment.”

“Since Microsoft has just started it’s move the trend line is not too steep. A price movement below 32 would be a sign of weakness so I would initially set a stop-loss order at 31 1/2. By doing this I am thinking ahead and limiting my risk! The trend lines need to be followed and will have to be adjusted over time, it is just part of being an investor you need to be involved.”

“Usually, it is not wise to move contrary to the Fed!”

“While the breakdown hasn’t happened it appears as though it may , therefore, I’m letting you know my thoughts in advance.”

“As I write this post we have had no follow through Friday’s recent bounce. The bounce occurred off the trend line in the upper part of the long term trend channel. This suggests a test of the 1600 level again on the S & P 500. If you are a short term trader or just someone looking to take profits I would suggest tight stops.”

(The markets briefly broke the 1600 level on June 25th recovering within a day and never looked back!)

“In the last post I indicated that the markets could find support around the 14,500 level on the Dow Jones Industrial Average and the markets found support at 14,550. What we experienced was a sign of weakness (SOW) which was accompanied by significantly increased spread and volume to the downside and a “fall through the ice.” The markets have rallied significantly back through the ice, the spread to the upside is good and the volume is decent.”

“The markets have been moving sideways for a few months, it appears to be distribution. The Federal Reserve is continuing it’s policy of inflating financial assets with the hope of stimulating the economy, though very few good paying jobs have evolved from the process. It has been said that you never go against the Fed and this distribution may turn out to be just a correction in this massive move that has taken place over the last 4 years.”

“A mere correction of this bull market could be substantial.”

“Perhaps, there is one last leg to the upside that the Fed can manufacture?”

“Stay tuned and keep protecting your profits with close stops.”

“We have not changed policy. We are not tightening policy”, Enough said. The markets could very well continue its advance, the trend is still up. You should see increased volume with a widening of price spreads to the upside. Should the rally run into selling then the correction that I was talking about will probably take place. You never really want to go against the action of the Fed but keep your sell stops tight……” 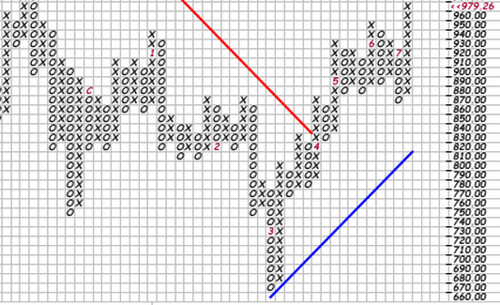