What are Senior Savers to Do? 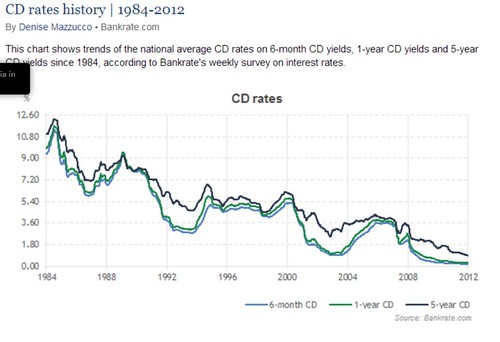 Seniors have been having a hard time trying to save for a number of years. Perhaps that will change, as Fed Chair Yellen implied that savings rates might start to see an increase next year. One would have to go back quite a ways to remember when savings rates were significant. You would have to return to the 1970’s, 1980’s or 1990’s to find a return of 5% or higher on a CD and the last year that we saw 5% was 2000.

Income inequality is “the defining challenge of our time,” President Obama said, and a zero interest rate for savers contributes to inequality. Those with stock portfolios have been rewarded since asset prices inflated as people looked for higher returns. Seniors had to take on more risk to get any return.

Were Alan Greenspan and Ben Bernanke sacrificing our seniors for the sake of business? There is no question that the Feds low-interest rate policy has helped bail out the banks, the stock market and real estate markets, but, there was more going on there. The 2008 financial crisis created a lack of credit demand and with no demand interest rates cratered. The Fed came in and lowered the Fed funds rate. By lowering the Fed funds rate this gave the banks more money to lend and gave the consumer lower borrowing costs. The Fed also used its monetary policy to purchase mortgage bonds and basically forced rates down by monopolizing the market. This gave the real estate market a real shot in the arm, the Fed had effectively lowered interest rates by its actions.

If the Fed had not dropped the Fed funds rate there would have been less demand for credit and a greater threat to financial system potentially affecting those assets not insured by the FDIC, such as money market funds, mutual funds, annuities and bonds. 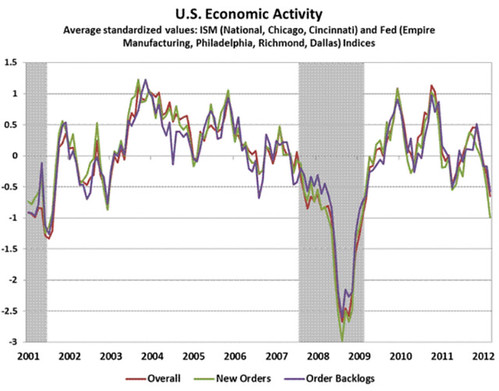 Not surprisingly the policies that help savers the most are the policies that lift the demand for credit and grow the economy. A growing economy increases credit demand creates jobs and provides higher interest rates to savers. It has been a very slow recovery and many who have done everything right; who have saved and stayed out of debt are still being punished.

Politics have also had a hand in limiting the recovery and keeping rates low. The government could have been taking out low interest loans and using it for improving the nations infrastructure. Higher deficit spending at a time of financial crisis just makes sense, you would have been lowering unemployment and fixing our roads and bridges. Some have chosen to stonewall any attempt at additional deficit spending. If the federal government had been running lower deficits, demand for credit would have been lower, hurting savers even more.

The crisis was very real and the need for action great! We aren’t out of the woods yet and will likely see some retreat in the asset inflation that has been taking place over the last 5 years. Turning to the stock market at this time doesn’t make much sense since the market are so extended and the price objectives have almost been met (click here and read the bottom of the post). The S & P 500 has moved from 666 in 2009 to around 1900 just today. That’s an increase of over 185% in five years.

Seniors are best advised to hold out for higher interest rates rather than investing with rates near their bottoms. Even if you keep your duration short (2-5 years) and have high quality bonds you could see losses if rates go higher and you need to cash out your bond.

Some investors forget that unless you hold your bonds to maturity, you can lose money. Bonds are traded just like stocks and open market bond prices adds an element of risk if you sell earlier rather than holding until maturity. If you need to sell a bond and rates have gone higher then you will lose the principal value of your bond. Investors will pay you less since your yield is not as high as the marketplace.

A 2 year Certificate of Deposit in the States might get you 1.25% and a 5 Year U.S. Treasury Note will get you about 1. 67%. The best advice may be putting your money in a 6-Month Certificate of Deposit awaiting an increase in interest rates. Once rates start to move up you can reconsider your investment strategy.