Will the Past Repeat Itself?

Market tops are never quite the same but they do have certain features. They all begin with distribution. 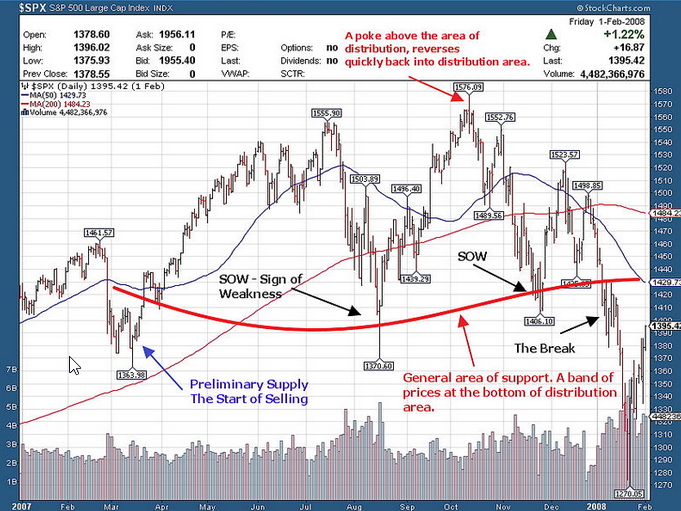 Today’s market is starting to look similar with the appearance of preliminary supply (the start of selling) and a sign of weakness (a reaction towards the area of general support during the process of distribution). 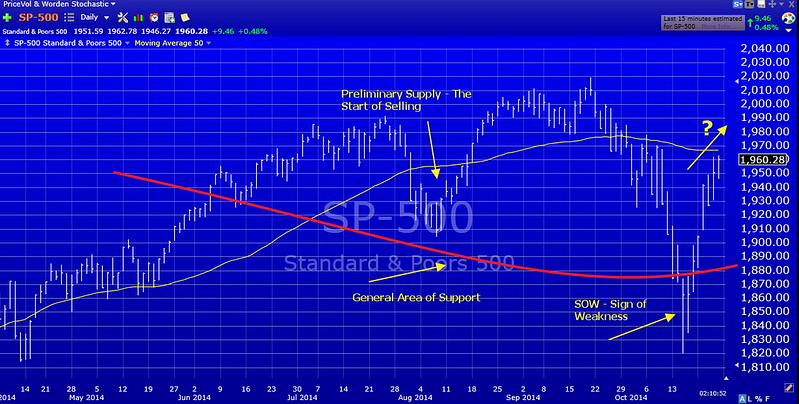 What remains to be seen is what kind of follow through the markets will have after this recent sign of weakness. Will the markets go on to new highs only to fall victim to another sign of weakness that eventually leads to a market collapse? Perhaps, we just see the markets hitting new highs and heading to my one time target of 2160 in the S & P 500?

With the apparent end of quantitative easing coming near, the likelihood of a more severe and prolonged correction  seems to be in the cards. However, with the Fed’s new found power to manipulate, anything is possible.

I am still flashing the Red Flag signal meaning that it is important to protect your investments and to stay away from increasing or beginning new investments. We would have to hit a new high on the S & P 500 and successfully test that level before I would issue a yellow or green flag.